At St Kieran’s there are a number of extra curricula activities available to students from years K-6. These activities are designed to challenge and stimulate all learners so that they may succeed and showcase their talents to the best of their ability.

Children are able to join the junior band from Year 3 and need no previous experience. Band involvement can benefit children in many different ways.

St Kieran’s has a junior and a senior band. The bands rehearse on a Thursday or Friday morning before school. Our band conductor is Surrey Hodges. It is an expectation that all band members receive private tuition for their instrument.

The bands perform in public places such as Warringah Mall Schools Showcase and enter competitions on behalf of the school. This year the bands will take part in the NSSWE competition in Chatswood and the Community Concert Series at Forest High. They will also perform at 2 local Nursing homes and school events.

Performances like these provide a great sense of purpose for the band members. 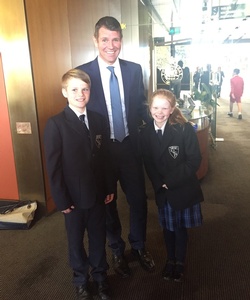 Students at St Kieran’s participate in the annual Bear Pit Competition which is a public speaking competition run by our local MP. Through this competition, students in stage 2 and 3 prepare and present speeches on designated topics with one winner from each stage being selected to visit Parliament House in Sydney.

Public Speaking is integrated into each year group through Talking and Listening.

Students can volunteer to join the parish children’s choir and sing at both the parish and school masses. The children rehearse regularly to prepare to sing at the parish ‘Families Come Gather’ Mass each 3rd Sunday.

Interested students in Stage 2 and 3 are offered the opportunity to participate in a lunch time chess club over two terms. These classes are run by Sydney Chess Academy.

Each class at St Kieran’s participates in a one day intensive workshop run by Robokids where they are introduced to coding to manipulate the movements of robots.

After School classes are offered to students interested in expanding their knowledge of coding.

St Kieran’s Catholic Primary School offers a range of opportunities for students to engage in school representative sport. Throughout the year the children in Years 3-6 participate in inter-school sport (Gala Days) with the other Catholic schools in the Peninsula Community of Catholic Schools. The Gala Days are preceded by skill sessions organised by the development officers in such sports as Rugby League, Cricket, Soccer and Netball. During the year teams also compete at various one day competitions organised by the sporting bodies such as the Peninsula Community of Catholic Schools & Robbie Slater Cup (soccer), AFL Auskick, Milo Primary Schools Cricket competition and invitational Netball carnivals.

Talented students between the ages of 8–12 also have the opportunity for selection in Peninsula Cluster and Diocesan Representative Teams for swimming, athletics and cross country. 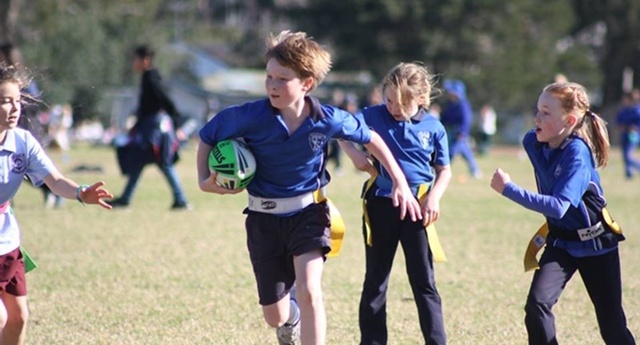